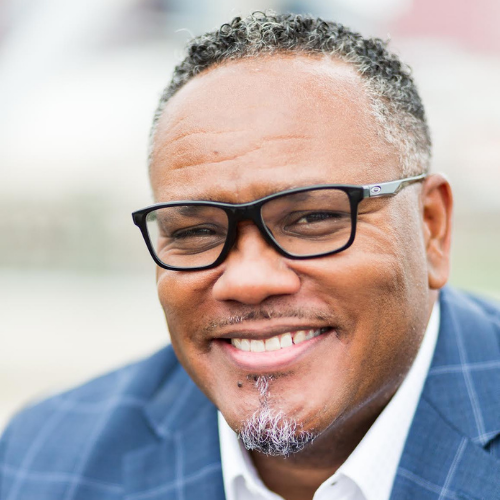 Dr. Chris Williamson has been described as a trailblazer in the gospel. In the 80’s, he became one of the first artists to do Christian Hip-Hop on a major record label with the group Transformation Crusade. In the 90’s, he became the founder and senior pastor of the multiracial and impactful Strong Tower Bible Church in Nashville, Tennessee. In the 2000’s, Chris wrote the book, One But Not The Same: God’s Diverse Kingdom Come Through Race, Class, and Gender. He went on to develop the concept of Social Exegesis which helps people interpret and counter racial ills in society. After the murder of George Floyd, Chris developed a video resource and written curriculum entitled “Loosing Lazarus: Seven Ways to Deconstruct Personal and Structural Racism from John 11.”  Chris is also a cofounder of the Fuller Story Initiative, which works to offer solutions to the issue of Confederate iconography in the south while promoting African American history and images. Dr. Williamson serves as an adjunct professor at Trevecca Nazarene University where he teaches on race, theology, and Black church worship. He and his wife Dorena live in Franklin, Tennessee and have four children.