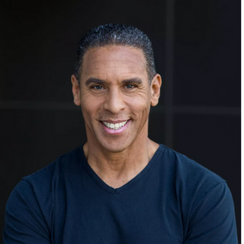 Born in Brooklyn and raised in Long Island, Miles McPherson grew up
excelling in football. He attended the University of New Haven and was the
university’s first player to be drafted into the NFL.

Miles played four years in the NFL and retired shortly after giving up a
years-long drug addiction. In 2000, he felt called by God to start the Rock
Church in San Diego, CA.

Miles’ latest book “The Third Option” speaks out about the pervasive racial
divisions in today’s culture. In the book, he argues that we must learn to
see people with equally valuable humanity. In addition, Miles created The
Third Option Similarity Training. The course is designed to help individuals
and organizations focus their attention on people’s similarities rather than
differences.