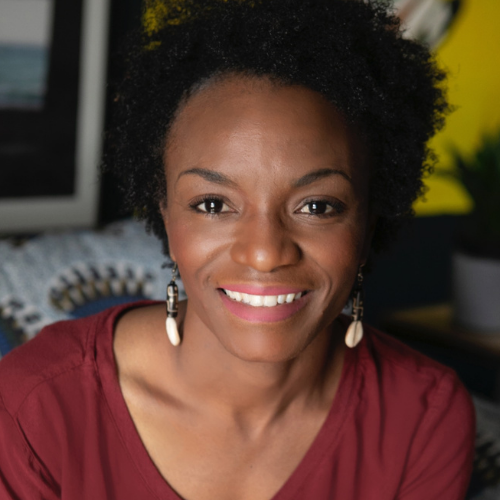 Robin Sanders is a captivating communicator, artist and educator with over 17 years of professional experience in teaching and performing.

Sanders opted out of becoming an on-air radio personality and instead traveled nationally and internationally as a dance/choreographer and performer. Sanders’ eclectic style includes both audible imagery making and kinetic storytelling.

Her commissioned works includes but are not limited to: Unload @ Fairfield Museum and History Center (2019); LinkedIn National Conference (2018); “Honor Thy Mother” featured at TED Conference 2017; “At the Geffen” featured at Geffen Playhouse’s Backstage At The Geffen; “The Elements” featured at Standing Rock at  ComplexCon, “See What I’m Saying” commissioned piece written for Jon Boogz, and “An Ode to Hip Hop” featured on So You Think You Can Dance.

Sanders currently tours with the movement artist collective Movement Art Is as the featured spoken word poet, writer, and education director. She is also the co-founder and director or Out Loud Artistry (OLA), a performing arts training and mentorship program.